In The Tall Grass by Paul Kalburgi, a world premiere 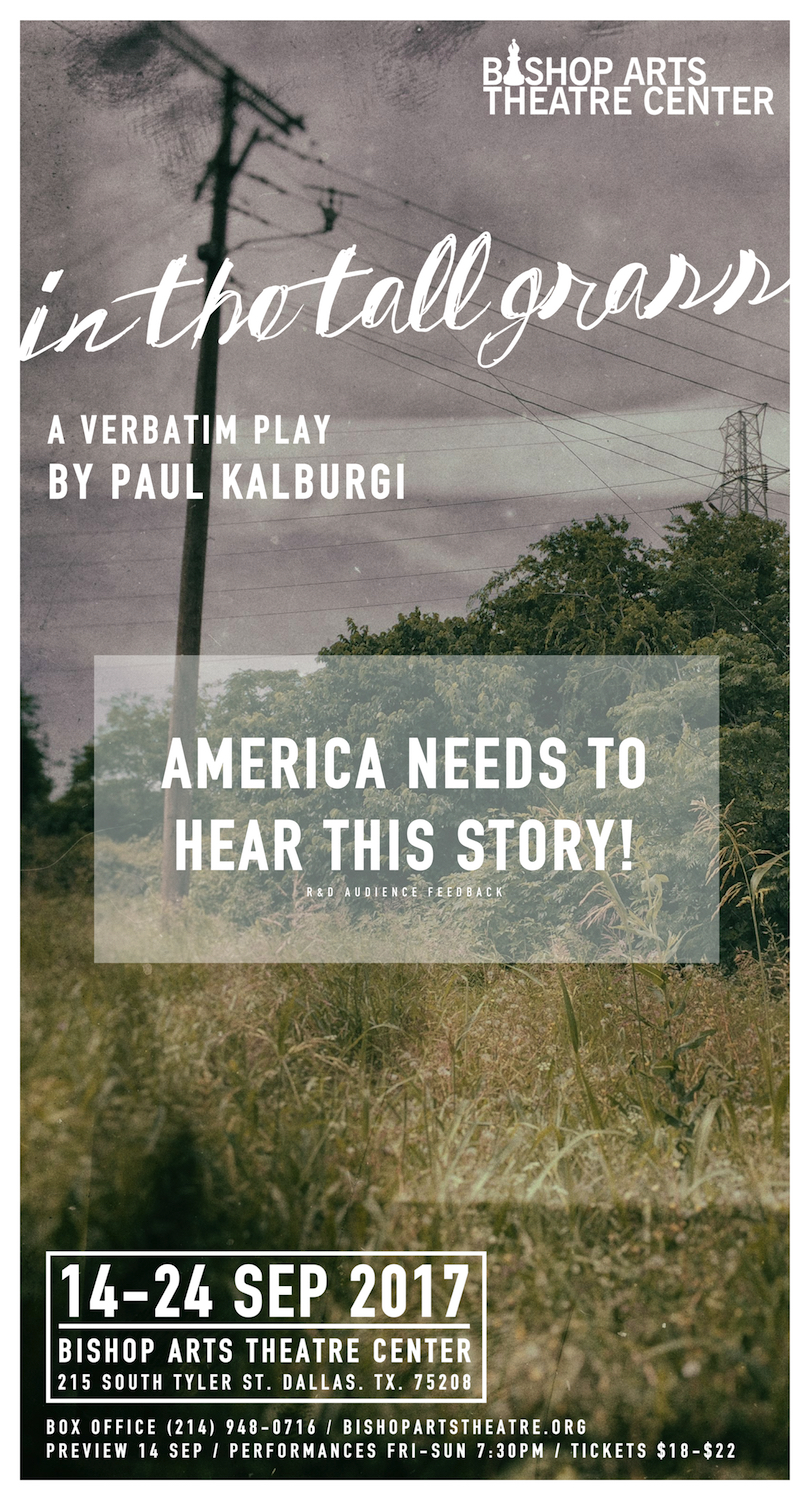 September 14 – 24, 2017
Written and directed by Paul Kalburgi
In Association With Transgender Education Network of Texas

The harrowing true story about the murder of Shade Schuler, a 22-year-old Dallas transgender woman whose body was found dumped in a field in the Medical District in July 2015. In the wake of Shade’s murder, the community is left asking ‘why’, and fearing who could be next. Told through first-hand testimonies of transgender women of color in Dallas, the world premiere of In The Tall Grass explores the circumstances which force many of them to exist in the underworld – ignored by society, cut off from support and legal systems.

Not suitable for young audiences

Error: An access token is required to request this resource.
Type: OAuthException