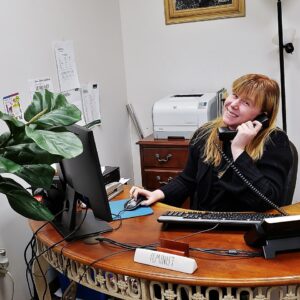 Samantha Anderson is the Executive Assistant here at the Bishop Arts Theatre Center. Originally born in New Zealand, Sam moved to America over a decade ago and fell in love with theatre shortly afterwards. When first interested in theatre in her sophomore year of high school, Sam originally wanted to do marketing, but found Stage Management at the end of her junior year and ended up pursuing it instead. After graduating high school in 2014, Sam went on first to Lonestar Community College, where she got her Associate of Arts degree. After getting her first degree in 2017, she then transferred to the University of North Texas for two years before earning her Bachelor of Arts in Theatre with a Concentration in Design/Tech, and a minor in English. She is very excited to be a part of the BATC staff!