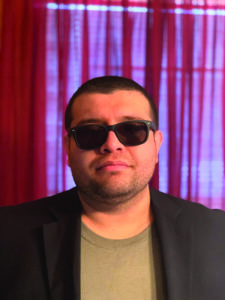 Franky D. Gonzalez is a playwright and TV writer of Colombian descent splitting time between Dallas and Los Angeles. He holds a BA in Theatre from the University of North Texas and has had his work featured throughout the Dallas-Ft. Worth metroplex where he served proudly as the Dramatists Guild Regional Representative in 2018.